My little brother was married this weekend. It was a beautiful ceremony, with touching words being spoken, promises made, smiles from ear to ear, and new lives beginning.

I kept thinking that even though my brother is 27, I could so easily remember him at 4. The little brother who spent his days fighting super heroes and watching Toy Story was now reading vows to a beautiful bride. The same little boy who used to hide under beds with me, eat grapes with while we watched cartoons, and walk to the bus with me. How does time go by so fast?

It made me think of my own little 4 year old.

I can't even picture Piggie being a man one day and having someone else taking up most of his heart. I suppose I'll be okay with it when the time comes. My mom says right now it's too scary for me to think about, but that as the years go by and you let go bit by bit, it's not so overwhelming when the time comes. She says she's happy that he's found a woman who is going to love him the rest of his life, and I know that's what I'll want for my sons too.

But I can only imagine what she was thinking as she danced with her son on his wedding day. Probably back to the long days when she lived on little sleep, wore her hair pulled back too often, changed diapers tirelessly, rocked her baby boy to sleep every night, and continued to look at him long after he'd dozed off because he looked like an angel. I bet she only thought back on the angel part. 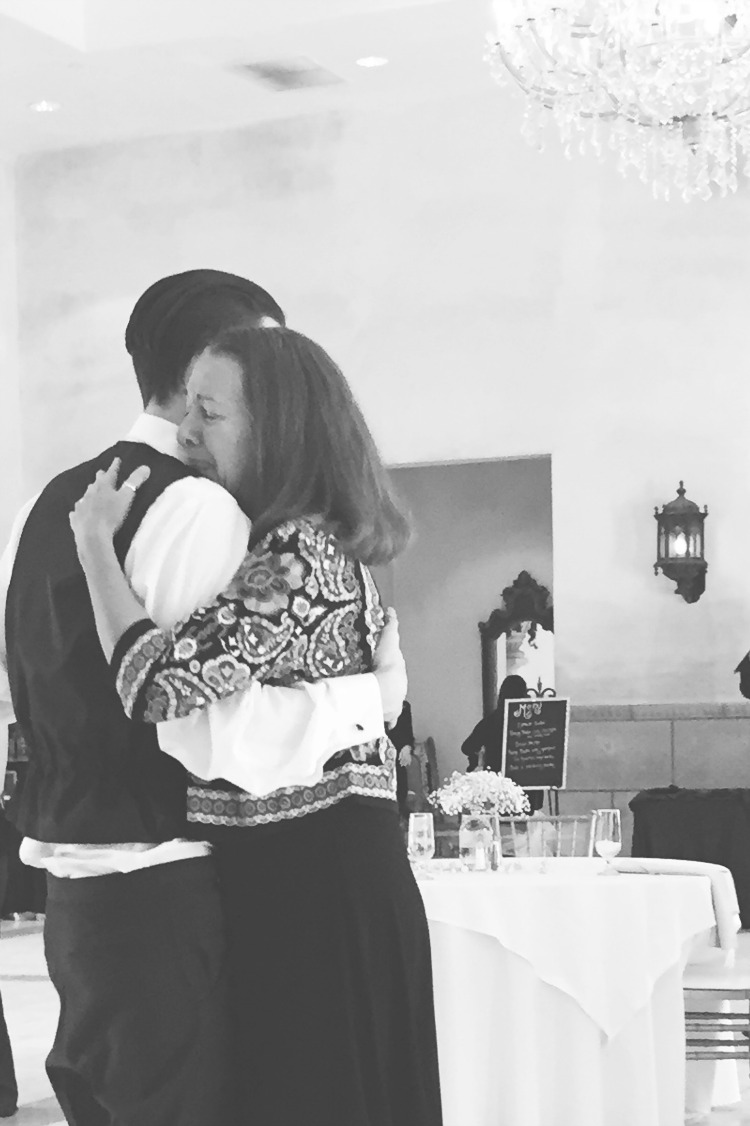 And now as they danced on his wedding day, her son held her close as she cried, like she had done for him for so many years. And I could feel it, his love for her. A love that will never go away. He'll always be her baby; he'll always love his mother. And there's really nothing better than being assured that your son is going to go into the hands of another good person who will love him and care for his well-being as much as you do long after you're gone.

I know I can't fathom this milestone yet, but witnessing my mom and brother this weekend eased my heart. There's a fear that I think a lot of mothers with boys have; that boys go off and leave their mothers while daughters stay close. Yet I know there's a deep love that a son always keeps for his mother. A bond that will always remain, no matter what or where he goes.

But for now, I'm going to relish the fact that I fully have the hearts of two little boys who only want to slow dance with me. At the same time...

These hard years may really be the best of our lives. They're definitely the most full.