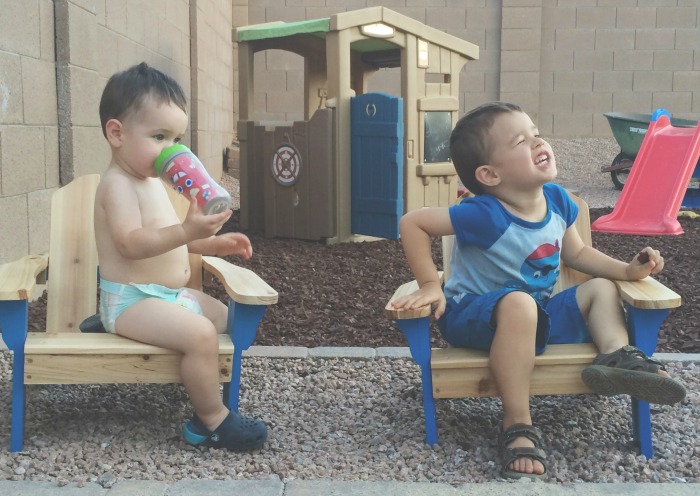 Daily schedule: Wakes up around 7, eats breakfast, plays, eats lunch around 12, sometimes naps afterwards for 2 hours, if not he just watches tv or plays on the tablet while Dacky naps, eats dinner around 5, plays outside, bath around 6:30, bed around 7:30-8. Sleeps through the night unless he has a nightmare.

Saying: The other day the dog pissed me off so I was yelling and chasing her out of the house, Piggie laughed and said "You are a FREAKY lady!" He makes me laugh so hard.

Working on: Putting his clothes on. He can put his own shoes on now, although most of the time they're on the wrong foot but no biggie. Also still working on potty training. Not really actively working on it, but we just talk about it every day and watch videos and read books about it. He's still saying he's not interested.

Accomplished: Taking his clothes off! He loves being the one to take his own clothes off before his bath. He also loves to climb into the bath himself and if I forget and put him in there without thinking, it's a huge ordeal with lots of tears and everything has to start from the beginning. Fun times. 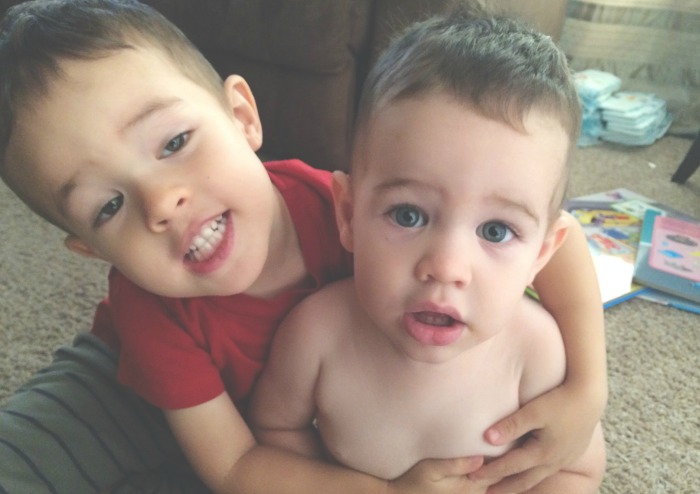 Interests: Dog crap, dog bowls, bugs, cats, "babies", and general effing up everything in sight. That's what his entire day consists of when he's awake. Constant debauchery and destruction.

Saying: He does the best Hulk Smash. He has a lisp so he says "Hulk...Smassth!" I also love his gay snake impression with that awesome lisp of his. He brings little sticks up to me and goes "thhhhisss".

Working on: Twisting the lids onto his water cups. Anything fine motor like that, he's obsessed with. Brushing his teeth is another thing he likes to practice.

Accomplished: He can pretty much climb onto anything. I thought it was annoying when he climbed onto our table, but now he's moved onto the countertops in every room. Mainly because he loves to get to sinks.

Having a 3 year old is both hilarious and tiring. He's awesome because he's so interactive now and I'm getting to relive my childhood through his eyes. He's tiring because he's a threenager. Sensitive, stubborn, OCD.

Having an energetic 17 month old is also very tiring but such a fun age. He makes me laugh even when he's being "defiant". Like when he makes himself stiff as a board so I can't put him in his car seat. He laughs while almost whining as I try to bend him, which makes me so weak cause I start laughing too. Piggie will then start laughing, so all three of us are there just laughing. That happens multiple times a day in different scenarios. He's the cutest a-hole I've ever met.

I'm also very aware that Dacky is likely my last baby and he's losing his babyness by the month, so I feel like I'm grasping to hold onto sand. Very soft, fine sand that keeps slipping through my fingers...

Fun but tiring is my life right now.

« Our Morning Routine in Pictures
Currently + This Week's Goals »