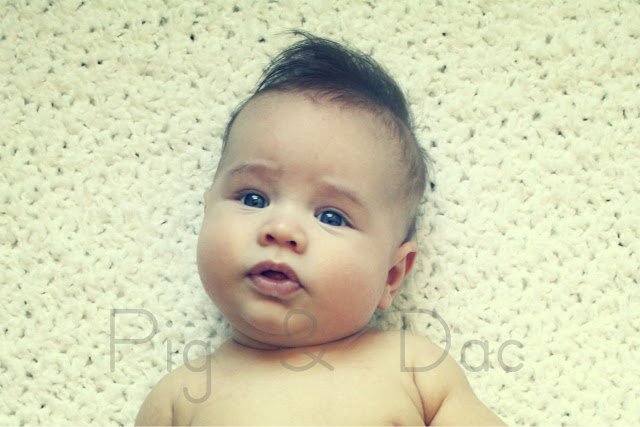 The Dactyl is three months old!!! He's growing up so fast and doing things that I didn't think he was old enough to be doing...until I remembered he's...three months old!!! With Piggie, since he was the only child I had to focus on, it seemed he took forever to do things. With Dactyl, I feel like I hardly get the chance to observe him very often so I feel like his new accomplishments just keep coming back to back.
I love him so much. He smells so bad in a good way and I love kissing him in his stinky little neck. Can't wait to see what he does this month.
Previous Post: « Quote
Next Post: Wordless Wednesday - Brothers »